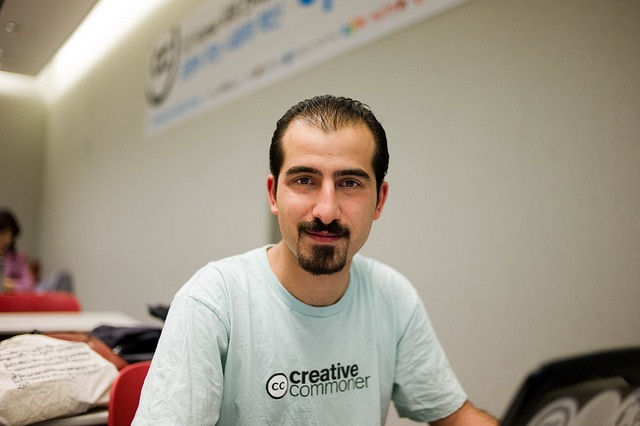 Earlier this year, Creative Commons issued a statement in support of Bassel Khartabil, a longtime CC volunteer who has been detained by Syrian authorities since March 15. Amnesty International recently released a document with information suggesting that Bassel has been ill-treated and even tortured. This morning, we sent a letter to President Bashar al-Assad, Minister of Foreign Affairs Walid al-Mu’allim, and Minister of Defense ‘Imad al-Fraij; urging that Bassel be released unless he is promptly charged with an internationally recognized criminal offense. We urge Syrian authorities to grant Bassel immediate access to his family, a lawyer of his choice, and all necessary medical treatment.

Bassel has played a crucial role in the open technology and culture communities, both in Syria and around the world. Through his service as Creative Commons’ project lead in Syria and his numerous contributions to the advancement of open source and related technologies, Bassel has spent his career working toward a more free Internet. Many of us at Creative Commons have become friends of Bassel’s over the years. All of us have benefited from his leadership and expertise.

Please stand with us in support of Bassel. Amnesty International has provided instructions for contacting Syrian authorities. For more information, visit freebassel.org.